The metaphors related to this year being 2020 is a boon for visual arts.  It will be interesting to see how this develops throughout the year.  This year from mid-January to about mid-March, I'll be participating with fellow darkroom group members in our first show and the first exhibition of the year at the local art gallery:  The Reach here in Abbotsford, British Columbia, CANADA.  It's a pretty nice way for a photographic artist to start his year 😊 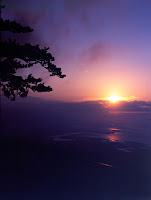 Hard to believe we are already 20 years into the new century.  On 01 January 2000, I remember getting up before that first sunrise to head up to the top of Mt. Rokko overlooking the Bay of Kobe in Japan.  I, fortunately, got there early enough to secure a place right in front to set up my tripod and Toyo 45 AII camera loaded with Fujichrome colour slide film.  Then there was the wait in the cold winter breeze, but I think the throngs of people crowded around me helped keep us all from freezing.  After making several exposures it was over as the sun continued to arc up into the sky of a new day, decade, century and a millennium had begun.  It was now time to head into the mountain top cafe to warm up with a nice cup of coffee and reflect upon what I had just captured, a pleasant feeling ... memory.
Today, it has been my tradition since the early 2000s, to get out to make the first film images of the year.  I feel blessed that I have the means and health to be out-and-about with camera gear and film. 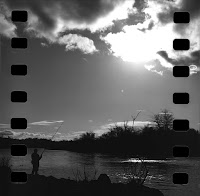 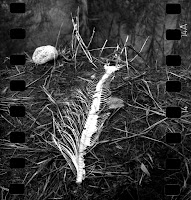 For today's outing, I chose my Mamiya C330 Professional S camera and the 55mm lens anchored with my Sirui 2204 tripod and the film was 135 format Film Ferrania P30 with the FAK-135 adaptors so I could use this small format film in my medium format camera.
I processed the film for 5:30 minutes @ 20 degrees Celcius in HC-110(b) and then scanned with my V700 Epson scanner.  Here are some of the scans ...